Some choir members sing The Armed Man in Berlin

14 of our choir members joined up the ranks with other choirs from 30 other countries for a wonderful performance of The Armed Man by Karl Jenkins in Berlin last Friday. They came back ecstatic and described the experience as one they will never forget.

To commemorate the centenary of the end of the First World War, choristers and musicians worldwide joined together to Sing for Peace in Berlin. The Armed Man: A Mass for Peace by Welsh composer Sir Karl Jenkins is the most performed work by any living composer.

This performance was unique with a specially commissioned war-archive film reinforcing the narrative of the work projected onto 5 screens – the build up to war, war itself and the consequences of war. 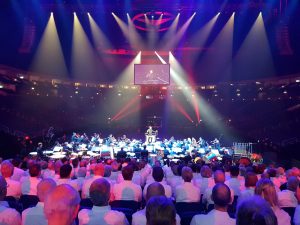 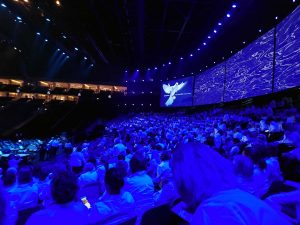